More than just kicks and punches! 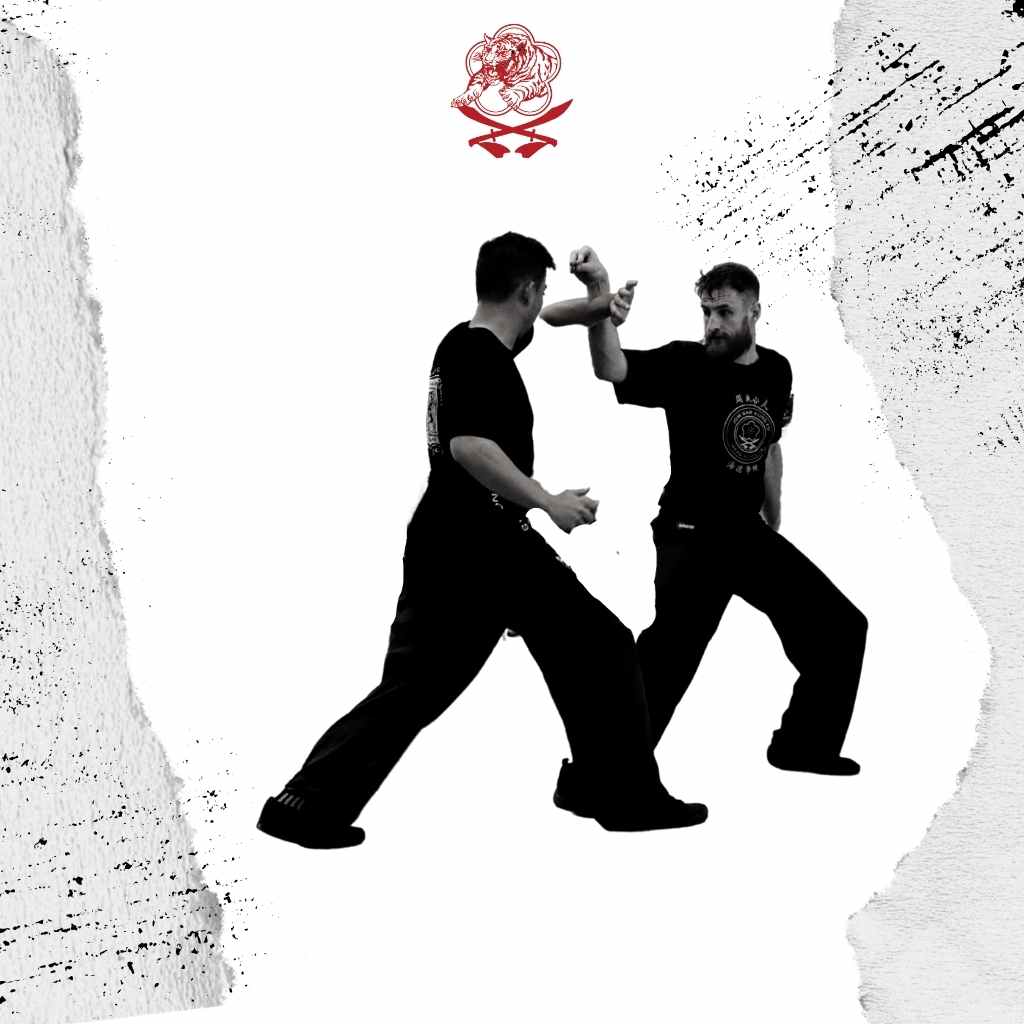 BOOK NOW
If you are considering learning martial arts, you might be thinking about either Kung Fu classes or Karate in Sydney. Here at Head Academy, we teach a holistic combination of martial arts, combining meditation and Qigong with Kung Fu. Our mission is to help all our students develop in the realms of self – the physical realm, the mental realm, the emotional realm, and the spiritual realm – through movement, mobility, and focus. Sifu Nathan Head, our director, began studying judo at the age of 12, and this sparked a lifelong passion for martial arts that has culminated in the creation of the Head Academy, bringing together all that he has learned from studying under masters of Taoism and Jo Gar Kung Fu. Read More 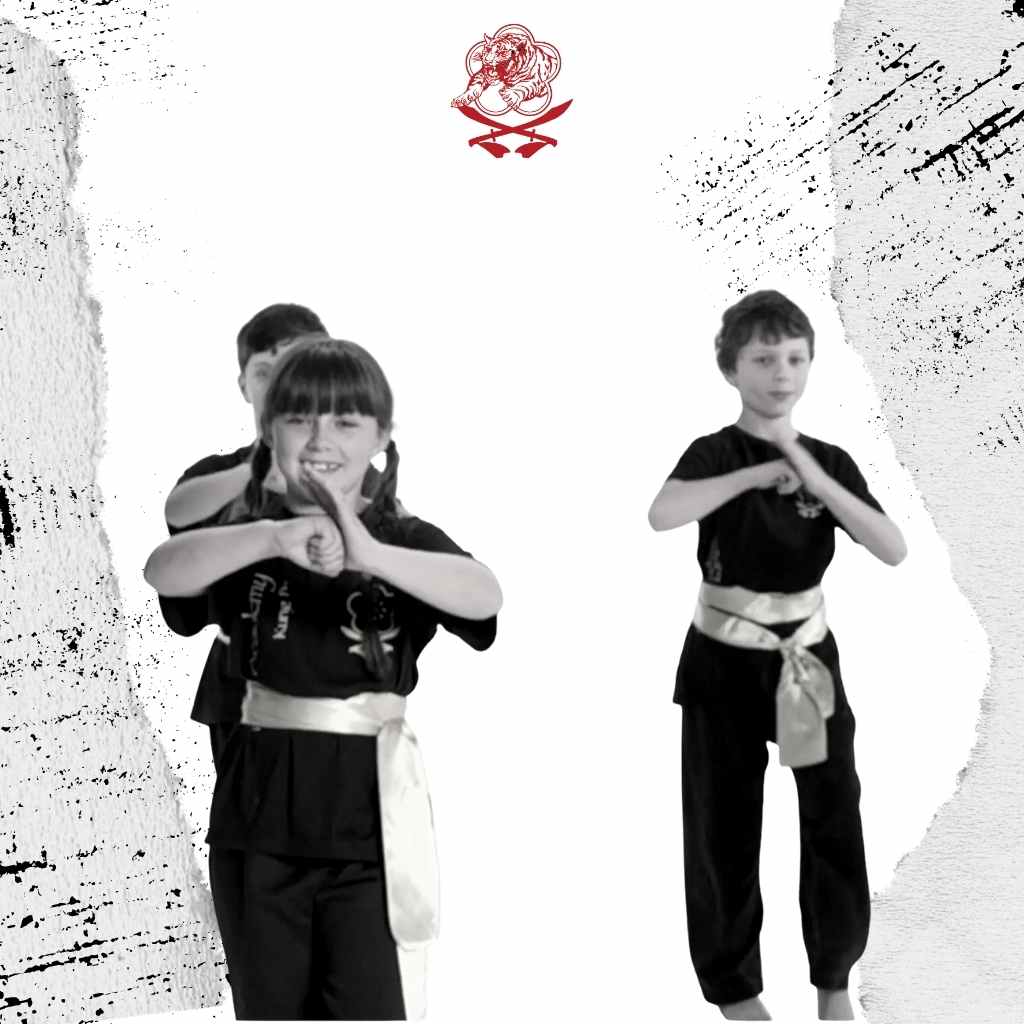 Our karate classes are split into different sections, providing an age-appropriate curriculum designed to motivate and challenge all our students to achieve – from the age of 3, all the way through to adults. Before you make the decision on your preferred martial arts training in Sydney, whether that is Kung Fu or Karate in Sydney, it is important to understand the differences.

What is Karate? How is it Different from Kung Fu?

When you start to learn Karate in Sydney, you will find many of the expected techniques and movements. Punches, blocks, kicks, and attacks are taught in technique drills known as kihon, with sequences of movements known as a kata. As part of the Karate lessons across Sydney, you will take part in sparring known as kumite, which can be full contact, light contact, or no contact. In Karate classes throughout Sydney (and elsewhere), it is traditional for students (known as Karateka) to wear a specific outfit known as a ‘Gi’, with a coloured belt to denote the grade or level attained. Kung Fu, on the other hand, is the martial art that was the inspiration for Karate. When you learn Karate you will find out that Karate is a Japanese martial art, with roots in Kung Fu which is actually from China. Both styles have similar techniques, being recognised for the ‘empty hand’ fighting styles that have been made famous in popular culture, but Karate is more linear in attack and defence, where Kung Fu tends to feature more circular motions. In Kung Fu lessons, the curriculum starts with the basics like stances, strikes and stretching. Kung Fu has a greater focus on Qi (or chi), the inner energy which is accessed through meditation and movement. As with Sydney’s Karate classes, once a student has developed enough through the basics of Kung Fu, they can then begin to learn with traditional weaponry. These weapons are largely the same in Kung Fu and Karate, but the style in which they are used does vary in the same way that the empty hand techniques do – more linear in Karate, and more circular in Kung Fu. In Kung Fu, forms are sequences of movements that are like katas – developing different techniques and practices.

Book Your Karate Class at One of Our Sydney’s Locations

As the predecessor and inspiration of Karate in Sydney, we think that it has more to offer students – and we would love to welcome you to one of our schools across Sydney to find out more. You can contact a member of the team at Head Academy and book an introductory class to see for yourself! Read Less

Claim your 2 WEEK FREE MEMBERSHIP
by completing the form below.

What our students and parents are saying about us. 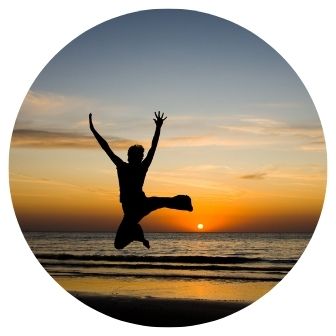 SimonReal Estate
Read More
"After only 2 weeks at Head Academy Kung Fu it's already having a positive impact on my fitness, flexibility, stress levels and personal motivation. The no attitude instruction and vibe is really great... yep, I'm loving' it!"

Alisa
Read More
Our two kids aged 9 (Boy) and 6 (Girl) love attending Kung Fu each week. The teachers work so well with them, bringing confidence and mindfulness as well as focussing their energy into something positive and self reflective. We love the verbal discussions they have with the kids to deal with conflict situations and feel this gives them much needed tools to deal with life ahead. Thank you to the team at Caringbah Head Academy!

Dallas
Read More
Highly recommend Head Academy Kung Fu. My daughter has been attending for nearly 6 months and is beginning to demonstrate the physical and mental strengths that she is learning into her every day life. An excellent experience for her that is teaching her the benefits to be really confident in herself. Thanks Head Academy! 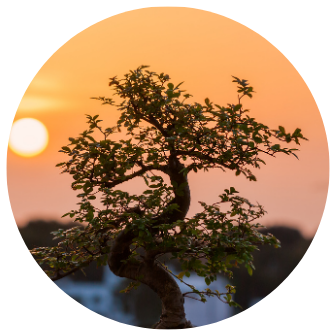 Julie
Read More
"Nathan, you and the instructors are so passionate and so engaged with what you do and you have such great relationships with the kids. I love hearing the boys talking about lessons learnt at kung fu. You take a really holistic view of the development of children and as a parent that is much appreciated." 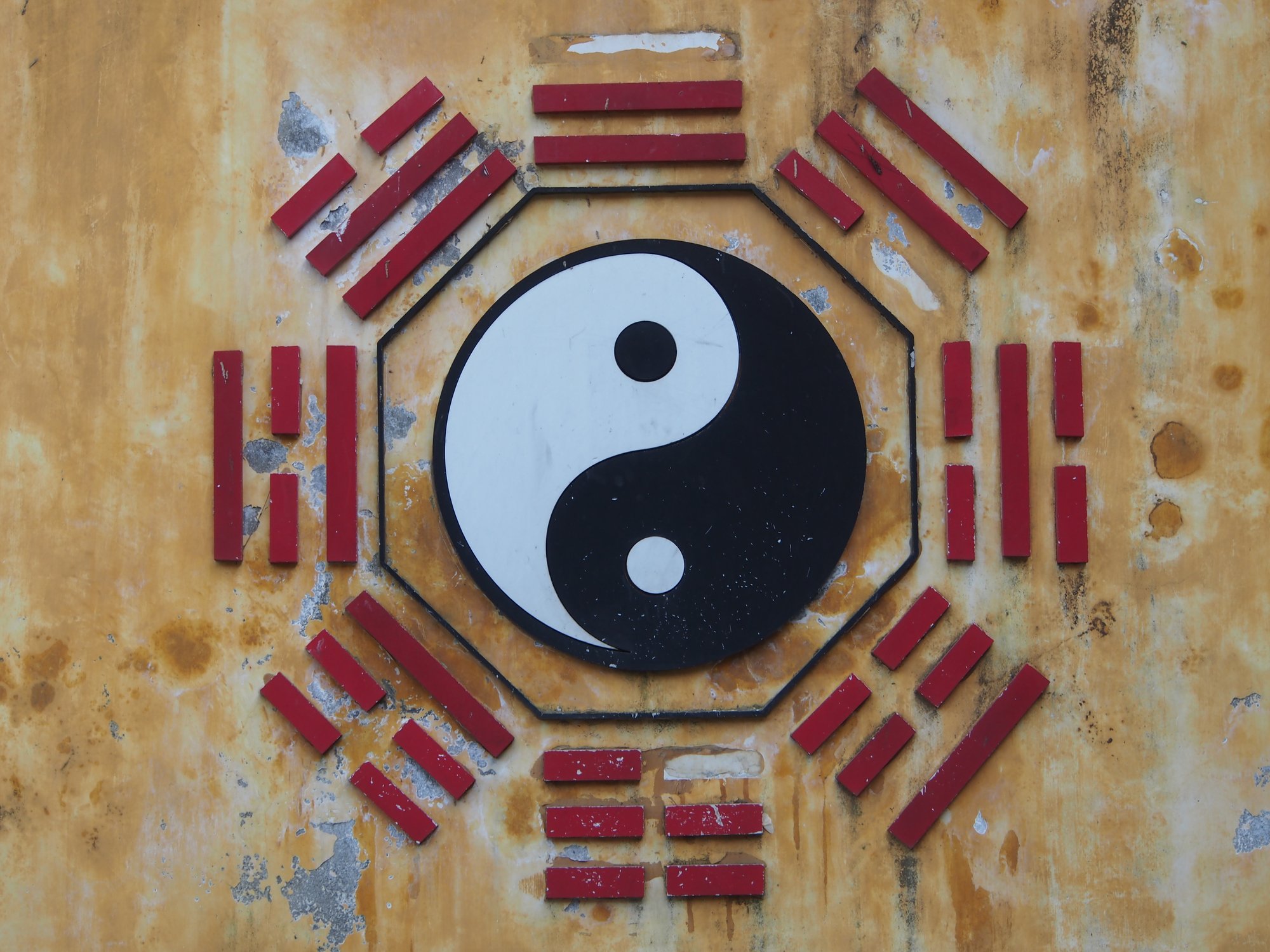 "Please let me express my thanks to you and please express my gratitude to your great team of instructors. Let me assure you that what you are teaching is so very valuable and has made a real difference to my boy's life (and it will continue to do so)."

Our martial art classes offer the very best in self defence training combined with systems of health and well-being that incorporate everything from flexibility and mobility to energy work (qigong) and fitness.

We train Martial Arts for self defence, health, and personal development through applied discipline to mastering our art. This is not a sport where there are winners and losers, and confidence is gained at the expense of someone else losing.

visit one of our Five Locations Across Sydney

Founder of Head Academy Kung Fu (December 2003).
Sifu Nathan established both the Leichhardt and Caringbah branches of Head Academy. He has been training in martial arts since the age of 12, and has been teaching Jow Gar Kung Fu for the past 16 years. He is the Head Teacher for Head Academy and continues to train all instructors, school owners and Black Sashes. It was Sifu Nathan's vision to bring the disciplines of kung fu, meditation, qigong and healing back together and create a unique system for balancing the 4 Realms.

Chris has been surrounded by an active lifestyle from a young age. Growing up Chris was very sport orientated competing to a high level in Cricket and Soccer and attended Endeavour Sports High School. After years of being in this type of environment he realised he needed more fulfilment in his life. A simple phone call was made to Sifu Nathan Head and Chris’s life was forever changed. He had discovered what was missing from his life which was only filled through physical activities. Kung Fu opened Chris’s eyes to all the answers he was seeking. It didn’t matter if the question wasn’t about Kung Fu, the power of Kung Fu wisened Chris up to the calmness it took to deal with any situation that confronted him. Chris realised what his journey was. Chris started up his own Head Academy Jow Gar Kung Fu School under the continual guidance of Sifu Nathan Head in Yarrawarrah in August 2013. With steady growth of students, Chris moved his school into a full time location based in Heathcote in October 2014. The school continues to flourish with the positive energy each student brings to his school. Not one to keep himself bored, Chris has a daughter Kayleigh and is expecting the arrival of twins with his wife Cassy. Chris is always searching for ways to better himself and goes by the following rules: Trust yourself, Break The Rules, Don’t be afraid to fail, Don’t listen to the naysayers, Work Overtime and Give Something Back. With constant goal setting, anything can be achieved!

Sifu James is the Head instructor at Head Academy Kung Fu Padstow. He has a passion for instilling the values of traditional martial arts and the positive qualities they bring to day-to-day life. Sifu James teaches Jow Gar Kung Fu, Taoist meditation and Chi Kung every week.

Jun is the lead instructor at the Leichhardt academy, and has been training with us for 12 years now. He is training towards his 2nd degree Black Sash.
Jun has been training at Head Academy since 2009 and has enjoyed the journey so much that he has gone on to instruct from 2014 and now has become a part-owner of the Leichhardt Academy. He very much subscribes to the idea of always learning, continually growing and improving; Jow Gar Kung Fu has been a great motivating vehicle to drive this passion. The biggest reasons Jun continues to train at Head Academy (for over a decade and running) is because of the open, ego-free, fun yet driven atmosphere on the mats, the superior skill and knowledge of the senior instructing team, and the depth and complexity of the Jow Gar style of Kung Fu. Beyond the training side of things, Jun has a unique insight as an instructor into all the programs delivered to the children - particularly the PROTECT program and self-defence principles we impart. One big reason the instructors continue to do what they do is because of the difference they make in these children's lives - this is no different in Jun's case.

Azi has been training in Kung Fu since 2007, when a friend of his mentioned kung fu his interest was piqued immediately. He had wandered through many team sports and activities looking for a way to be healthy but never found one that fit. Kung fu turned out to be the one, he was fascinated by the traditions of it, the generations of knowledge being passed down, on the individual focus required to improve, and the giddy heights of reaching a goal with no one else to thank but hard work. Over the years of dedicated practice and martial arts exploration, he has learned many lessons about confidence, strength, conflict, and holistic health. He is undoubtedly a martial arts fanatic and is dedicated to passing on the cherished art of Jow Gar Kung Fu.

The first of Sifu Nathan Head's students to grade to Red Sash. Eric has been training with Head Academy Since 2004. He is a lead instructor at Head Academy Leichhardt and is a key figure and inspiration to all students who train with him, and who are taught by him. Eric is one of the "Original Three" who have fundamentally helped Sifu Nathan create and build Head Academy to what it is today.

Has been training at Head Academy Kung Fu since 2004. One of the "Original Three" Harrison is a teacher of unrivaled talent. His joy of teaching, and for kung fu, shines through whenever he has interactions with students. He is a gifted kung fu practitioner who has dedicated most of his life to training in the art of Jow Gar Kung Fu. He is another of our Lead Instructors at the Leichhardt branch.

At Head Academy we teach the Chinese Martial Art know as Jow Gar Kung Fu. All programs and curriculums at Head Academy have been created, developed and refined by Sifu Nathan Head and his team of Senior Instructors over the past 16 years from the traditional forms that were passed down to him by Si Gung Andy Truong. We have constantly strived to create classes and programs that reflect our students goals, while maintaining the traditional focus on martial skill development and self defense.